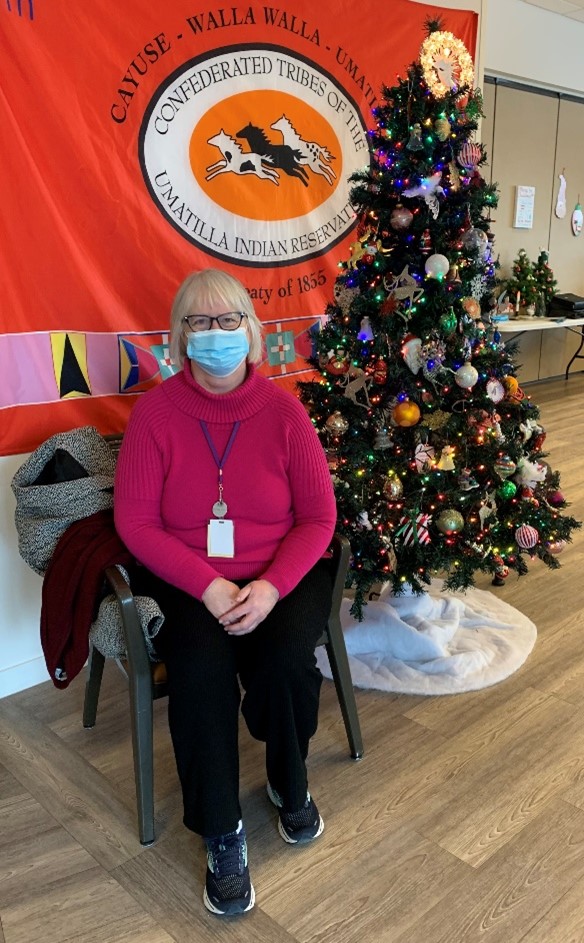 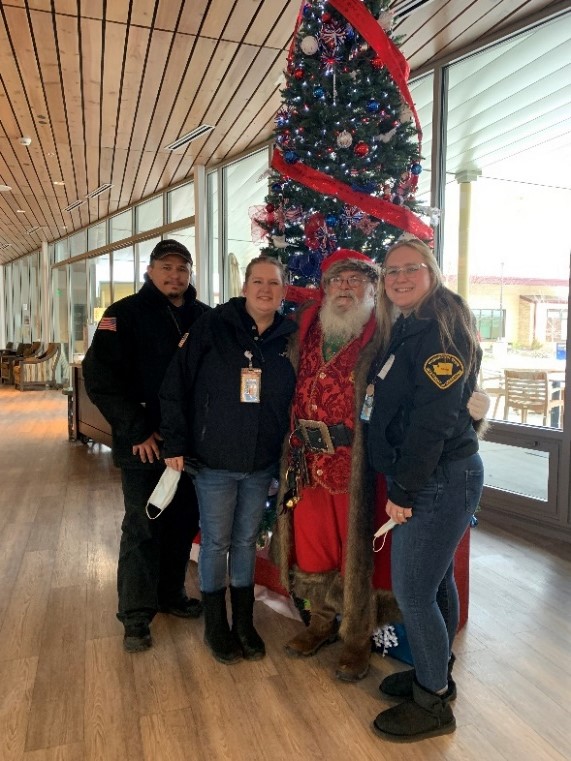 Approximately 65 veterans received these gifts with thoughtful consideration for their personal preferences and careful coordination between MDVA and the Department of Corrections (DOC) to protect their personal information. For the third year in a row, Administrative Assistant to the WSP Superintendent, Patricia Wilson has taken on the responsibility of coordinating this gift drive with the WDVA. To make this happen, she collaborates with their staff for a very specific wish list from its residents, organized by military branch and room number. Ornaments are then placed on the WSP Christmas tree in the staff entrance, with each veteran’s most wished for items written on them. WSP’s staff has shown exceptional generosity in fulfilling these requests to include items such as televisions, DVD players, and musical instruments for example. With the help of several WSP staff members including Correctional Unit Supervisor Antonia ‘Toni’ Alvarado-Jackson and Administrative Assistant Shawn Olney, each item is examined to ensure the wish is completely fulfilled before delivery day. They are then labeled and delivered to the veteran’s home by several WSP staff members, and handed out by Chuck Huggins, otherwise known around the community as Santa Claus.

The Washington State Penitentiary recognizes Patricia Wilson as a reliable resource for staff, and the driving force behind the kindness and generosity of making this event possible. Wilson, who has over 30 years of service with the DOC at WSP has also been closely involved with the WSP Veteran’s Committee, established in 2010. When asked about Wilson, Superintendent Rob Jackson says, "Some of my first memories of Patricia are of her sitting in the mall by a "Giving Tree" around Christmas time. For as long as I have known her she has dedicated herself to giving to those less fortunate and veterans. She has a giving heart that is unmatched and can help others find ways to give back, even if they have little to no resources."

She comes from a long line of veterans to include her father who served in the Air Force in Korea, his two brothers and all her maternal uncles as well. Not only do veterans have a special place in her heart, but the elderly does as well. “Knowing that in nursing homes all over the place, residents don’t have anyone and for most of them, this is what they get for Christmas, what we’re giving them. What I like about it is that there are a lot of wonderful groups out there that donate regularly to nursing homes,” and “this is us asking the residents what they want… like a guitar or a jazz harmonica…” She adds, “I like the idea of asking them or knowing what they would like and giving them something personal.”

The best part of this according to Wilson is wanting them to feel special and like individuals. “Many times, when people go into assisted living or homes, they don’t feel that anymore. They may not have family nearby or all their friends have passed. They just don’t feel important or special anymore.” This year one veteran received six shirts, two pair of sweats, socks, shoes, a hat and a cd player because like many, he arrived at the WDVA with no personal possessions or clothing of his own. “That was part of this, he’s going to have quite a Christmas!” She goes on to say, “We don’t know their stories, we don’t know what time they came from or any hard times they’ve fallen on.” Patricia Wilson could be seen talking to each recipient including one veteran who was an officer in the Marines for 14 years. After injuries sustained in parachuting duties there, he later served in the National Guard and Reserves for a total of nearly 40 years of service.

WSP’s Christmas efforts dedicated to veterans started ten years ago with some of the first recipients being Ambrosio Siller and Frank Gould, both deployed during their employment with DOC and receiving care packages overseas. Ambrosio Siller serves as the WSP Facility Manager in the Engineers Department. Siller, along with Administrative Assistant, Shelby Muro and Secretary Senior, Christina Morgan also from the WSP Engineers Department were present to transport and sort gifts, help return residents to their rooms after the gathering and personally deliver gifts to some residents who could not attend. This facility is also very special to WSP staff like Morgan, who worked at the facility for four years before coming to the DOC, and whose grandfather was one of the first veterans housed in the second house built at the facility, known as the Palouse House.

Superintendent Jackson adds that, “No matter how much our staff members have on their plates, no matter how many hours they dedicate to keeping all of us safe day in and day out, they always find ways to be generous and kind, and support efforts like this to give back to our veterans. Whether it’s the combined fund drive or any of the many charitable events in the community, they find a way to make their community better through their time and donations. We truly have amazing staff here at the Washington State Penitentiary!”